With Electric Bike (“E-Bike”) sales booming during the Pandemic, people are heading out in droves to enjoy the benefits that come with these cost-effective alternatives to crowed public transit.

Despite the health and environmental benefits of riding E-Bikes, there are some legal risks that come with these E-Bikes both for E-bike riders themselves and other users of the road who are injured by E-Bikes.

E-bikes are not considered motor vehicles under the Highway Traffic Act, which means that motor vehicle insurance is not required.

Because motor vehicle insurance is not required for E-Bikes, those injured by E-Bikes may be without recourse to insurance funded treatment.

For example, a pedestrian struck by an E-Bike would not be able to access insurance coverage for treatment they may require or for the income replacement they may require. Had the incident involved a vehicle for which insurance was mandated (i.e. a motorcycle or car), the injured pedestrian (or E-Bike Rider) would be able to claim accident benefits (no-fault insurance) through the appropriate insurer.

Similarly, should an injured pedestrian need to sue the E-Bike operator for negligence as a result of damages suffered, the E-Bike operator would likely be uninsured and without insurance coverage behind them to access for the purposes of the lawsuit. It could mean the injured party would be dealing with an impecunious party.  On the contrary, had the incident involved a vehicle for which insurance was mandated, insurance would be available to respond to the lawsuit. This would ensure that the injured claimant have a “pocket of money to access” without concerns about the defending party being impecunious.

E-BIKES CAN BE HAZARDOUS AND LEGALLY COMPLICATED:

Although not considered a “motor vehicle”, make no mistake that E-Bikes can cause serious injury to unsuspecting pedestrians, cyclists or other users of the road—even to riders of the E-Bikes themselves. They tend to be quiet and harder to hear coming. Yet, they can travel up to 32 km/h and with a typical E-Bike weighing at well over 200 pounds, this can be a recipe for disaster.

E-Bike riders themselves who lose control or other users of the road can become seriously injured in E-Bike accidents. Unfortunately, injuries caused through the use of E-Bikes pose legal challenges both for those injured by E-Bikes and those on E-Bikes who cause injury to others.

FOR THOSE INJURED THROUGH USE OF AN E-BIKE:

Where the accident only involves an E-Bike (without involvement of  another car, truck or motorcycle), injured parties will have limited recourse through insurance.

The involvement of another motor vehicle in the same accident (that requires mandatory insurance to be in place) may simplify the legal complexities in accessing insurance coverage for your injuries/losses. This would extend to accident benefits coverage (to obtain no-fault benefits) and to third party coverage (to claim against the at fault party).

Some E-Bikes may have optional insurance coverage in place which can be accessed. This means that if you were to be injured by an E-Bike, the operator of the E-Bike in some situations may have an insurance policy (although optional) that can provide some coverage in the event you were to claim against them.

If you are seriously injured through the use of an E-Bike, it is important that you speak with a personal injury lawyer to discuss your legal options.

FOR E-BIKE RIDERS WHO CAUSE HARM TO OTHERS:

As an E-Bike rider who has caused injury to another user of the road (i.e. pedestrian, cyclist or another driver), beware of personal liability exposure that you may face!

This is not something that owners and operators of insured vehicles need to worry about because they have insurance that would respond to any such claim.

The prudent thing to do would be to obtain insurance to cover yourself in the event of such a lawsuit.

The cost savings of an E-Bike and convenience of them must be weighed against the risks of being injured through their use.

The risks associated with negligence operation of an E-Bike causing harm must also be taken into account, especially where no optional insurance is taken out.

We're not around right now. But you can send us an email and we'll get back to you, asap. 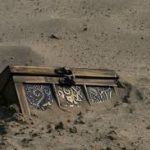 HOW TO ACCESS BURIED MONEY IN YOUR BACKYARD: IT STARTS WITH YOUR BUSINESS INTERRUPTION INSURANCE POLICYBlog, business interruption insurance, covid-19, insurance law